I’m delighted to showcase the release of The Saving of Benjamin Chambers, a Uni Files novella by Anna Bloom.  This tells the story of Ben and when he meets Lilah. You can read it before or after reading The Art of Letting Go.  I laughed and swooned my way though The Art of Letting Go and guess what?!  It’s FREE today!  A great chance to get in on this fun series 😀
I haven’t had a chance to read The Saving of Benjamin Chambers yet but I’m really looking forward to it and much thanks to Anna and
Candace’s Book Blog & CBB Book Promotions for my review copy.  How swoony is that cover, right?
The Uni-Files novels are NA/Adult British romantic comedies that will make you swoon, laugh and sigh.  The first book, The Art of Letting Go is now available.  The Saving of Benjamin Chambers releases December 4th.

The Art of Letting Go is FREE for December 4th only!

Excerpt:
Delilah, Lilah or whatever she is called is, standing over on
the far side of the room, her back against the wall wearing a figure-hugging
red, floor-length dress. Her dark hair and eyes stand out in contrast. She
looks like a Forties movie star, all curves and perfect poise, watching everyone
with a critical eye. She hates this place and she hates the people that are
here, that is clear to me straight away.
I want to jump off the stage to get to her. I can’t tear my
eyes away, even though Dave has picked up my guitar and shoved it back into my
hands, hissing, “play, you idiot.”
I am walking to the front of the stage still staring when I
notice that I am being watched but not by her.
Some guy who looks like a pretentious arsehole is watching me
watch her and then he starts to move across the floor to get to her before I
can leave the stage. I am stuck like a rabbit in headlights, rooted to the spot
as I watch him clearly move towards her like he is proving he has ownership.
When he gets to her he pulls her in close and winds his hands
around her waist. I have to physically restrain myself from leaping off the
stage and punching him. That’s what I want to do, a deep urge burning inside
me. Jump from the stage, bop him on the nose, hopefully causing significant
blood loss, and then throw her over my shoulder and march her off with her
someplace. Someplace where I can kiss her and talk to her, in no particular
order. Then I may well ask her to marry me because I am pretty sure that I want
to.
I don’t though, I don’t move from my spot on the edge of the
stage. I start to play my guitar instead but not the song the rest of the band
are expecting. Luckily it has a long intro so they are able to catch up.
As I start to sing ‘Wonderwall’ I watch as the banker wanker
twirls her onto the dance floor.
It’s not a song for twirling, what is he doing the bloody
arse?
She has her hands on his shoulders and her back to me but I
can clearly see an enormous diamond ring sitting on her left hand from my spot
quite a distance away on stage.
Damn it to hell.
I nearly stop singing, but I hold it together and as I head
into the second verse my choice of song becomes even more appropriate.
The banker wanker pulls her in even tighter and I get a nasty
taste in the back of my mouth. I am just in the middle of the chorus when they
take a turn and I catch a glimpse of her face.
That’s what does it. That very moment gives me something
completely different to live for.
Her.
She is biting her lower lip and the beautiful eyes are
staring far away in the distance, framed by a frown. She looks like she would
rather be anywhere then where she is right now. She looks lost, but on top of
that she looks lonely and I feel a bubble of something well up inside me,
something like joy. Joy at the fact that this guy holding her, who’s obviously
bought her the ring, has no idea what she is feeling. I don’t think he has
looked at her face once, not to read it the way that I am. This is good. It
means that if I can get to talk to her again then I can make sure my words are
the right ones, the ones to make her notice me, the ones to make her want to at
least talk to me. And, well, if that fails then I will just crinkle my freckles
at her, pick her up and throw her over my shoulder and march off with her hoping
for the best.
I know that I will do anything to save her from whatever is
causing her sadness and by doing that I have a feeling she will save me.
About the Book: 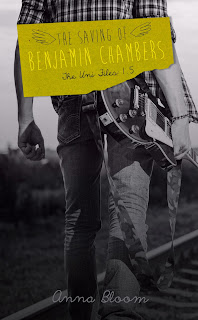 Benjamin Chambers needs
saving, he just does not know it yet. Bored of his life of repetitive
gigs with a band going nowhere fast and one night stands with girls who
are only interested in his role as a lead singer, something has got to
change. It’s just what do you do when the only life you know involves
messing around with guitars and attempting to run away from any female
attention that comes your way.
Ben has a New Year’s resolution and
one that he is determined to keep, quit the band and get a life of his
own. Little does Ben realise that on his last night with his band Sound
Box he is going to meet a girl who will turn everything he knows upside
down.
As Ben sets himself the challenge to find ‘The Girl’ again, he
may be about to learn that in an effort to rescue her, he himself will
be the one to be saved.

Find The Art of Letting Go:Goodreads | Amazon US |  Amazon UK

Anna Bloom is a contemporary romance writer
who writes about life as it happens. 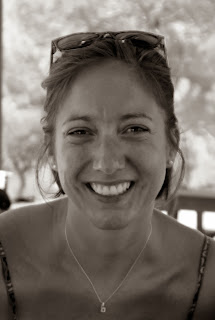 Combining a busy schedule of looking after
two small children whilst working in a local school and completing The Uni
Files series she also spends a lot of time imagining
kissing hot guys – all in the name of her art.

2 Responses to “Book Blitz : The Saving of Benjamin Chambers”