Book Title : The Aftermath
Author : Rhidian Brook
My Rating : 2.5 stars out of 5 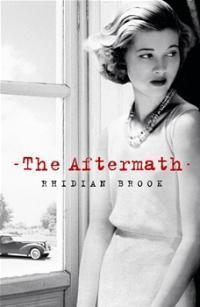 The Aftermath is set after WW2 in Germany. Captain Lewis from the UK is overseeing the rebuilding of a war-torn, bomb-shocked Hamburg. He resides in a manor house on the city outskirts with his wife Rachel and son Edmund. However he makes the unusual decision not to dehouse the German family who currently live there and both families must somehow find a way to put aside their personal feelings and old grievances and live together.

If I were to break up with this book, I would say ‘It’s not you, it’s me’. And in someways, I think it is me, the other reviews are very positive so maybe this book was just not for me or maybe I read it at the wrong time. However we all know the ‘it’s not you, it’s me’ is only a line and so I do have my reasons for not liking the book.

On the positive side, there was great detail, impressive research and it feels very authentic. It was interesting to read about a period of history that I don’t see covered very often. You really get a feel for how devastated Hamburg was after the war, the sense of confusion in the air and how emotionally charged everyone was.

I had never considered just how displaced people were in Germany after the war and it was horrific to read about. Especially the feral children who had been orphaned and who are trying to survive and adapt as best they can. The begging from the US/UK soldiers for cigarettes which they can then use to barter for other essential items was heart wrenching. And the sense of confusion and mayhem and desperation from the people to distance themselves from any Nazi links to survive in the new Germany is well portrayed.

However, The Aftermath is told from multiple points of view which I found confusing at times. We jumped from one to another with no warning which felt jarring and stopped me connecting fully with the various characters. Quite often I had to stop and reread a few sentences to decide which character we were now following. For the first few pages of the book, I had no idea what was happening and I went back to read the synopsis again to try and get a handle on what the book was about. After finishing the book, those first few pages make more sense but are still very jumbled.

As I didn’t engage with the characters, I found the book hard work and I had no sense of urgency to keep reading. There are multiple stories going on but none of them over engaged me. How much I want to pick a book up and continue reading is my book-likability-barometer and the arrow was hovering at low for The Aftermath . It is a book, I’m glad I read as I did get an appreciation for what life after the war was like but I can’t say I enjoyed it.

Recommended : Only if you like historical novels and want to find out more about this period.

Thanks to NetGalley and Penguin UK for giving me a copy of this book in exchange for an honest, unbiased review.

Dust off your Classics : I Capture the Castle by Dodie Smith