Welcome to my blog tour stop for Block 24 by Evan Tyler.  I made a decision a few months ago to only join a blog tour if I felt the book had something special to offer as I don’t want to ‘sell out’.  I really enjoyed Evan’s first book A Happy Accident so I decided to jump on board this tour.

So get comfy for a few minutes, we have the synopsis, my review and an author bio.  And then you have chance to enter a giveaway being organised by Evan Tyler.

Natalie Clarke might be spiteful at best and vicious at worst, but was that reason enough for Phillip Gise to leave her lonely and diseased? Fortunately, she has a set of devious plans that just might keep her busy enough to forget her present situation.

Guy Lewis has played Best Friend Extraordinaire to Natalie since grade school, supporting her through all of her daily drama. This time around, Guy runs into his own troubles when his fierce, wealthy manager gives him the type of attention he never asked for…or expected.

Julia Clarke, Natalie’s younger sister, has arrived in Brooklyn to uncover their grandmother’s secret life in Block 24, the site of Auschwitz’s little-known brothel. What Julia discovers proves more relevant in the present age than ever before.

Both heady and sobering, Block 24 is a look at the ways evil from the past can so insidiously visit the present

Block 24 is one of those extremely readable books that you don’t want to put down.  We have 2 stories running in tandem, the contemporary story of Natalie and her sister.  Plus the story that their grandmother is recording for a documentary retelling of her time in a brothel in Auschwitz concentration camp.
Both stories are very different but what they have in common is that both are captivating.  The story set in WW2 had me glued to the pages.  It was brutal and shocking but very well handled so that even though the descriptions were vivid, they were not overly graphic.

The contemporary story deals with Natalie and her sister Julia.  Natalie is one of those characters that I found difficult to like.  She is manipulative, cunning and spiteful.  But even though I didn’t like her I was fascinated by her.  I wanted to know more and to know why she was that way and there was good character growth towards the end.  The relationship between the sisters was tense and even though they didn’t meet during the story, I had a good understanding of both of them and I thought the sibling rivalry was well explored.

Their grandmother  was a fascinating character – brave, protective of her sister and always capable of doing whatever had to be done for survival.  She has some difficult decisions to make and my heart broke for her many times.  My favourite part of the book hands down was the time we spent reliving her experiences.

There are some interesting parallels between both stories and they made me think a lot about the similarities and differences that both sets of women experienced.  The issues surrounding racism and religious prejudices are highlighted by both sets of stories also.

To lighten things up at times, we had lots of music and movie references which was a welcome relief.  An unusual feature was that the prologue at the end of the book was done as a verse which very effectively wrapped everything up.

If you like historical fiction (especially WW2 fiction) and enjoy character driven books then I have no hesitation in recommending this book to you.    I also think this would be a great book for a book club read as there is loads to discuss. 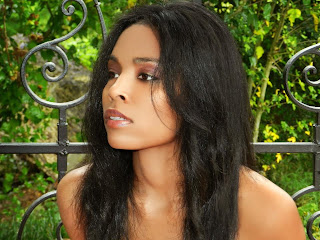 Evan Tyler is an author by day, a lead guitarist by night. Her favourite authors are Toni Morrison and
John Steinbeck. Her favourite guitarists are Jimi Hendrix and Stevie Ray Vaughn. She aspires to be like all of her favorites. Her debut novel,  A Happy Accident, was the merging of her musical and literary aspirations. Evan’s second novel, Block 24, is a venture in a whole new direction.

To stay in  touch with Evan and her books:

Twitteresque Reviews: The Dress Thief, Carry the One, The Lost and the Found