Ever wondered what an author thinks when they read your review?  Here is a very honest insight by author Sharon Sant whom I delighted agreed to Guest Post on this topic for me today:

One of the strangest and yet most amazing things I’ve noticed about having my books read by others is how many different interpretations there can be of the same events.   Just because I say something happens in my book, it doesn’t mean that every reader will agree with me.   Take the opening scene of Sky Song, in which Jacob discovers the truth of who he is.  Some people read that he is visited in person; some say he dreams the man who appears before him, some think it’s a holographic message of sorts.  I’m not going to say what I intended when I wrote it because, in some ways, I don’t think what I intended matters as much as what people take from it. It just goes to illustrate that everything, even our perception of the world, is subjective and we can only judge by our own experiences. It stands to reason that the same must hold for book reviews. I recently saw a thread on Goodreads that declared ‘I hated this book’ about Cormack McCarthy’s The Road.  Now, if you asked me about The Road, I would tell you that I believe it to be one of the most finely crafted books of our generation. Clearly, I’m at odds with most of the people commenting on that thread, and yet we’re talking about exactly the same book. 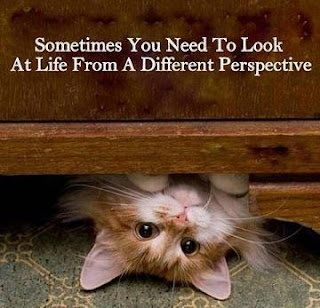 As an author, every day I open myself to that subjective criticism and I don’t mind admitting that when someone is less than impressed with what I do, it hurts.  After all, I’ve spent months – sometimes years – writing a book, I’ve poured my heart and soul into it, I’ve spent hours poring over the editing, painstakingly adding and deleting endless words and phrases until I’ve hit the perfect combination, I’ve bashed my head on the desk and bit my nails and skipped lunch; I’ve cried with frustration and ignored my children and burnt dinners… Then I’ve released it into the world and waited to see what the world thinks.  In my head, everyone knows and loves my characters like I do. The truth, of course, is likely to be very different.
The best reviews I’ve had, favourable or not so favourable, have been the ones that have been able to qualify why they came to the decisions that they did about my work. You hated Jacob?  Ok, so tell me what I did wrong. You weren’t rocked by my world?  Tell me what was missing or what there was too much of.  Maybe I’ll agree, maybe I won’t, but at least I’ll know.  Either way, you don’t need to be afraid to tell me and I’ll respect your right to that opinion (although I know that there are less gracious authors out there, thankfully, they’re in a minority and you shouldn’t let that stop you). And you don’t need to be a literature post-grad to give me constructive opinions, just tell me what you feel about it; the best reviews are the ones from the heart.
This next statement might land me in hot water, but even worse than negative reviews are the ones that are obviously positive to be nice.  Everyone sees right through those and they don’t do the author any favours.  I’ve said it so many times, but honest reviews maintain integrity for all involved and, strange as it may sound, I’d prefer you to be honest even if you do think Jacob is a douche bag (you wouldn’t be the first to say it!). Not only would it be honest for other readers, but I’d know if there was a problem with my work. That’s not to say that you can’t be nice about my work if you do love it!  A glowing review because the book deserves it is always easy to spot because the reviewer will have qualified their praise by saying why they loved it. 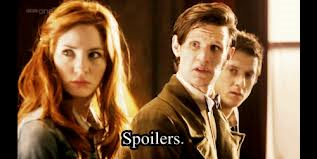 Spoilers can be a problem and I understand that sometimes it is difficult to comment on a book without mentioning some aspect of the plot, but authors get quite fidgety about these.  If you can keep them out, that’s brilliant, if not, a warning beforehand is great.   I had some reviews recently for my trilogy that made me distinctly nervous as the second two books lead directly on from events in the first.  The reviewer had no choice but to mention these events, of course, but I still panicked, until I realised that they had given no more away than I had done myself in the book blurbs.  Another set of reviews for the trilogy gave readers a warning about spoilers and neatly directed them to a review of the first book with a recommendation to read it, which was fantastic.  It’s a sticky area and tackled badly can destroy a lot of hard work for an author in a few careless words.
I don’t want this to be a blogger-bashing exercise and I don’t want it to look like I’m trying to tell reviewers how to review.  I want to say that all the reviewers I’ve encountered so far, without exception, have been fantastic and have written concise and illuminating reviews; some have highlighted themes and features of my books that I hadn’t even realised were in there!  It all comes back to perspective and what others take from the experience.  We all see the world in a different way and thank goodness for it. Authors, particularly indie authors, would lose a valuable lifeline to readers if all the book bloggers out there suddenly decided to quit. We’re all extremely grateful for their hard work and dedication and when you get a good review as a writer, and you know it’s an honest one, there’s no feeling more amazing in this world.
ABOUT SHARON SANT

Sharon Sant was born in but now lives in . She graduated from in 2009 with a degree in English and creative writing. She currently works part time as a freelance editor and continues to write her own stories. An avid reader with eclectic tastes across many genres, when not busy trying in vain to be a domestic goddess, she can often be found lurking in local coffee shops with her head in a book. Sometimes she pretends to be clever but really loves nothing more than watching geeky TV and eating Pringles. She is the author of a number of YA novels including the Sky Songtrilogy and Runners and also publishes children’s fiction under the name of Summer Hopkiss. 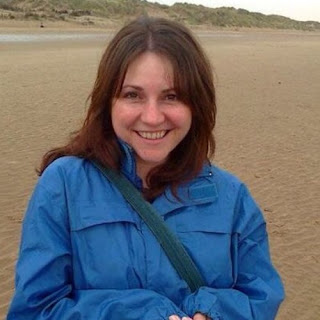 Bookish Chat : Cinder Covers and Prequel
The Biblio-Mat book vending machine
Blogger to WordPress : The Good, the Bad and the Ugly